INTRODUCTION OF TELEVISION MEDIA IN PAKISTAN.

While thinking about the media and media in Pakistan, like every part of the world these days, the most modern and new media that come to our mind is digital media. The fastest growth of internet across the country and availability of data packages on smart phones have made it easier for the advertisers to tap their target audience.

The communication to specific audience in geographical pockets and vicinities is much easier and through the modern digital media and social media, target consumer of various age groups and demographics can be touched more precisely.

Besides, this huge penetration and presence of digital media, the role of conventional media cannot be denied. The conventional media: TV, radio, newspapers, Outdoor, cinemas, close circuit and below the line is still the most effective and important mass media.

At Time and Space media, we provide complete communication solution and we ensure state of the art services to be available for all clients.

The TV, media originated through private sector is not very young and within last 10 years, it has grown and has made its prominent position in the media scene of Pakistan. The penetration of TV is remarkable and it is being watched all over the country, even in the remotest towns and villages. The reach of television is ensured and is verifiable through a countrywide cable network. More than 70 percent of the households in Pakistan are watching the TV programs of local TV channels. The channels are further divided into different genre and there are groups of news channels, entertainment channels, sports channels, cooking channels, local city channels and health channels as well.

A variety of channels are available for advertisers and it is quite scientific and technical to make media strategies and plans for TV media.The only company that provides, TV media ratings is Media Logic and it is providing ratings of different TV channels through the software Kantar.

The News channels with their efforts to attain maximum ratings and through their spicy news segments and programming are very popular and have got a prominent clout in the TV media scene. The political conspiracies and controversies are being dramatically presented to get the eyeballs glued to the channels.

The new category of political comedy and satire has become very dominating in the programming portfolio of News channels. Programs like HASB-E-HAL, KHABARNAK, KHABARDAR and many others are very popular among the masses. There are many News channels, however, the most prominent among the News Channels are Geo News, Dunya, ARY, Sama, Express, city 42, news one and few other channels gets a sizeable advertising share.

It is very commonly assumed that the revenues and expenditure on print media are shrinking all across the globe .However; still the print media is considered as most powerful and authentic source of communication. Almost all papers are publishing their e-editions but still the feel and aroma of a Newspaper hard-copy with morning coffee is a living tradition .We are always determined to provide best possible rates to our clients for local and international newspapers. Be it a newspaper published in Brazil or in chine and from New York to Arab news of Saudi Arabia, we deal in the media buying of all newspapers across the globe for our clients.

Radio and Television were considered sole personalized source of electronic entertainment before the invention of digital media .Still a television at home and a radio in a car is considered one of the necessity. Time and Space Media specializes in media planning and buying and ensures to get maximum value of the money for the advertisers .Our team works extensively to update the clients about ever changing media scene of electronic media. From the selection of the best electronic media vehicle for the brand and locking the best deal for maximum returns is our expertise.

Demographical and statistical analysis of Smartphone and internet users in Pakistan

Pakistan is the nation of about 190 Million people as of now, which makes it the 6th most populated country of the World. These are heck of inhabitants, which any industry or manufacturers would like to capture as target market – just like Smartphone manufacturers did.

Pakistan now has close to 150 million mobile subscribers. A growing number of those are smartphone owners who are pushing forward adoption of web services like ecommerce and social media. Gertjan van Laar, an app developer who published a report on smartphone usage in Pakistan, tells Tech in Asia that smartphone adoption has reached between 7 and 10 percent of the population – in contrast to the general mobile penetration rate of 80 percent.

But that means Pakistan has a lot of room for growth. Laar and his team at Grappetite dug into data and also conducted a survey to find out more about the current mobile landscape in Pakistan – and then put it all into the infographic you see below. Here are some of the highlights:

Recently 3G was introduced in Pakistan and the smartphone market is rapidly expanding. Most Pakistani marketers and business owners wonder when they should start thinking about their own app.

Although, 3G and 4G telecom services are just been launched in the middle of last year 2014 locally, but the Smartphone penetration was on hike for many years. The rationale behind this infiltration initiated significantly in the past, when low-cost Chinese Smartphone were being in Pakistan inside the year 2008.

According to reports, the Smartphone penetration in Pakistan during 2014 was about 20% in comparison with immense 80% mobile users still own a conventional feature phone, which allows them to make and receive calls with traditional SMS proficiency only.

Noteworthy thing here is that experts predict that the Smartphone penetration will hot 40% to 50 % in 2015, because of 3G/4G expansion in Pakistan.

As we know that Pakistan is a price conscious market therefore more than 65% Pakistanis carrylow cost Chinese Smartphone (QMobile), among all Smartphone chunk.

Furthermore, currently as per stats average 1.5 to 2 million Smartphone are being sold every month in Pakistan, and the figure is surely going to rise. Importantly thing about them is that 70% of them are Android Smartphone.

QMobile is conquering the Pakistani android based Smartphone market with over 50% market share. Reason is understandable, offering whole lots of different models that too in ultra-affordable cost. And icing on the cake is the vigorous advertising campaigns mainly through TVC’s, amid at casting big celebrities of not only Pakistan but from neighboring India too.

Samsung comes second in the rank as per android Smartphone sales in the country is concern. Company imports over 100,000 units annually in Pakistan and holds a well reputable position mainly among tech savvy Smartphone users.

Since the 3G/4G data advantages are being launched by all five telecom operators of Pakistan last year and the coverage in more cities is established with time, the Smartphone doorway is wide open for Smartphone. Furthermore, with accessibility of affordable high-speed internet plans in the country conventional mobile phone users will definitely allure towards Smartphone for its utilization. Therefore, significant boost in Smartphone incursion in Pakistan into future is projected.

The internet service in Pakistan has been available since 1990. Information and communications technology (ICT) is one of the fastest growing industries in the Pakistan. In 2001, around 1.3% population of the country were using internet. By the end of 2006, figure had risen to 6.5% and in 2012; it had reached to 10%. At present, 11% of the population is using internet in Pakistan.

Pakistan has yet to see a concentrated boost in internet access and use beyond its major urban centers. Even within the country’s more affluent urban areas, internet use is far from pervasive. The International Telecommunications Union lists the number of internet users in Pakistan overall at about 18.5 million in a population of almost 181 million. Within the 2008 BBC survey used here only about 3 percent of respondents reported being an internet user. Nearly all of these respondents resided in urban areas and a majority of them reported having access to the internet at home.

Urban Siddhi’s have a higher level of access (“anywhere” and at home) than any other urban-rural grouping to the internet or to a computer – but internet access does not equal use. In fact, even though 17 percent have web access at home and 34 percent have access anywhere, regular internet use is just ten percent.

Education plays an important role as an indicator for the development of e-skills, with a secondary education acting as a key indicator. Even though within the survey only 6 percent of respondents with a secondary education are regular (monthly) internet user, they make up some 42 percent of those who are regular users. Income also plays an obvious role in whether in individual is an internet user, as the high cost of home access continues to be prohibitive.

The Internet as a Political Tool

Despite the relative lack of internet connectivity overall in Pakistan, the medium has been particularly influential during time of political crisis. In November 2007, during the Musharraf regime’s declared state of emergency, which created a media wide black out, Pakistan’s intelligentsia and growing middle class turned to the internet for news and organizing capabilities.

Much of the political organizing that took place was on college campuses. Attesting to the importance of internet access in universities, as home access continues to be too expensive for most. Online activities took the form of new blogs dedicated to protest groups and as Facebook groups looking to galvanize student bodies and to spread the word about flash protests. Also driving the democracy movement online were some of the banned private TV channels, including Geo, Aaj, and ARY. Once these channels were banned reporters and news anchors continued to film news stories and then stream the video over the web keeping Pakistanis aware of recent developments. 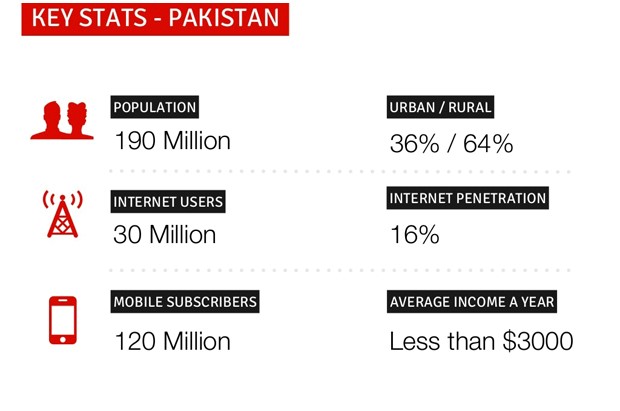 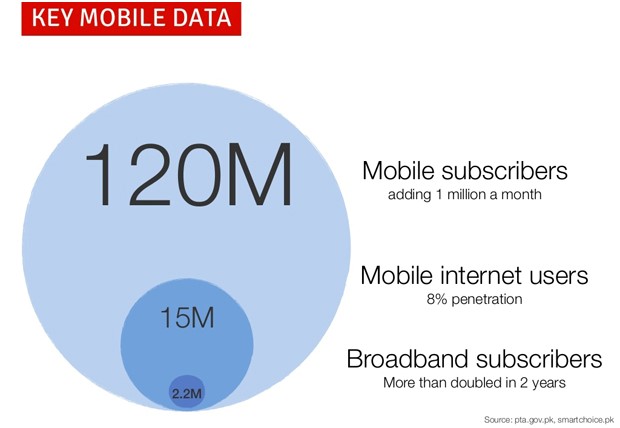 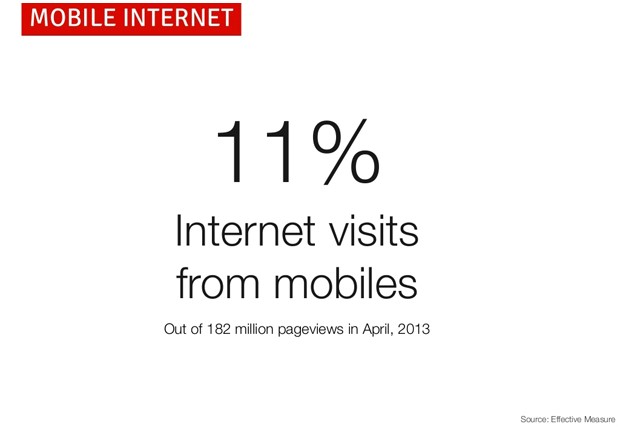 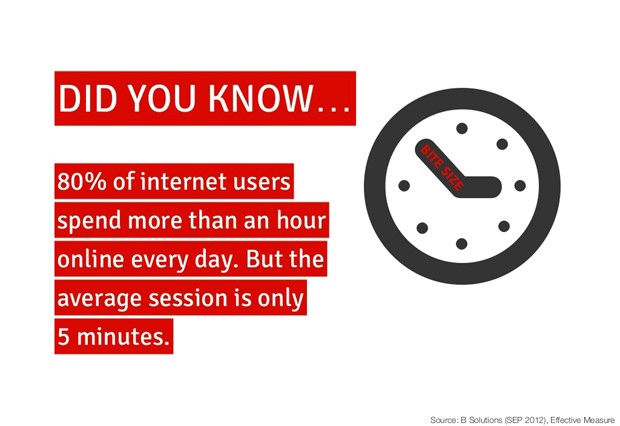 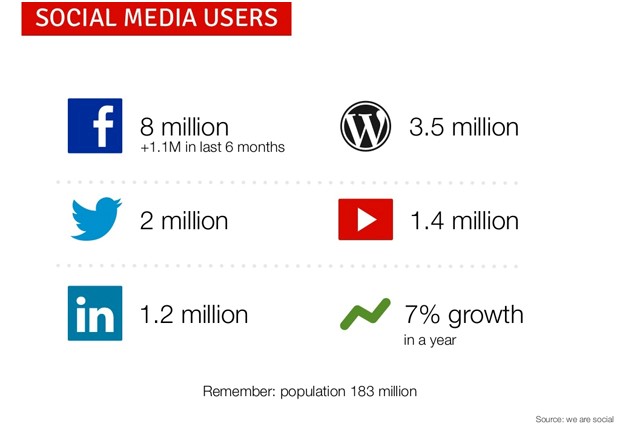 We focus on the collection of data about outdoor media. That we feel is the most important aspect of outdoor media. The medium is scattered and it could be a small digital screen in a shopping mall too .Advertise where your consumers are- the philosophy in outdoor media that we ensure to execute in our outdoor division. We claim to provide extensive details for a regional or much localized OOH campaign at a market place .Best selection of space and most economical rates for any outdoor opportunity is our specialty.